Every kid dreams of being a rock star at some point, but, somewhere along the way, something usually comes along to disabuse you of that notion, be it lack of musical aptitude, school and/or work responsibilities that anchor you to the ground and drag your head out of the stars, hell — some people even get serious about pursuing actual careers. Speaking for myself, in addition to the aforementioned lack of musical aptitude, what really dashed the dream for me was reading about the realities of touring. Months or even years on the road, sleeping on buses, playing a catalog of the same stale songs night in and night out — it all simply started sounding a lot less fun the more I read about it

Who knows, though? Maybe I should have stuck with those guitar lessons. Maybe I missed out on a heck of a good time by not a) doing so, and b) starting a band and subsequently hitting the road. But I dunno — I kinda don’t think so.

Affirming that belief is Swedish cartoonist Moa Romanova’s rather sublime new little (as in 64 pages) book from Peow Studio, On Tour, a kind of short-form travelogue of her time spent in October 2018 as videographer/merch hustler/general “gopher” for a band called Shitkid, who were opening for indie rock legends Melvins in continental Europe. Structured in the form of a series of “vignette”-style strips strung together chronologically with a handful of frankly stunning single-page “splashes” interspersed throughout, it captures the flavor of life on the road (the road in question being primarily in Germany) about as authentically as possible. There ain’t much by way of glitz and glam, but there’s lethargy, confusion, and interpersonal drama to spare, all rendered in Romanova’s by-now-signature style, a combination of austere backgrounds, exaggerated anatomy, speckled texturing, and muted spot colors. Think part Tommi Parrish, part Michael DeForge, and part classical Scandinavian “clean” minimalism, and you’ll be on the right track.

What’s less certain throughout, however, is whether or not Romanova herself is on the right track personally with this “tag-along” gig she’s agreed to, largely, it would seem, as a favor to her friend Asa, Shitkid’s lead singer and guitarist. The whole thing’s an experience, there’s no doubt about that, but it’s not always an altogether exciting one, contrary to romanticized popular mythology — more often than not, one gets the distinct impression that every show is rife with potential pitfalls in terms of communication and logistics, even for the warm-up band, and in between gigs there’s little to do other than drink, eat, watch TV, ruminate over what and who you might be missing back home, and probably drink some more. Still, hey, it’s a living — even if it doesn’t leave you with much of a life.

What I appreciate most about Romanova’s overall approach is that she lets this tone and perspective just kind of work its way to the surface on its own, not forcing a particular point of view onto or into the proceedings. She trusts her strong and literate cartooning process to take care of that for her. No heavy-handed exposition or internal monologuing to fall back on with this one — just something very near to a dispassionate documentarian’s eye of events, albeit one with a vested interest in everything that’s happening. It’s unusual, to say the least, perhaps even a bit disorienting at first, but to be able to both clinically relate a series of short-form “stories,” weave them into a reasonably seamless whole, and make the whole thing involving on a personal level takes real skill, and if there’s one thing that Romanova’s 2020 year in cartooning has proven beyond doubt (the English-language version of her full-length graphic novel debut, Goblin Girl, having been released by Fantagraphics earlier in the year to glowing praise), it’s that she has skill aplenty.

The glue holding this particular book together, though, isn’t so much skill as it is good old-fashioned heart. She may document it in an understated fashion, but it’s Romanova’s own friendship with Asa that helps us both to understand why she’s signed on for the tour and why she’d do so again in a heartbeat. There’s a bond between them that goes beyond words, maybe even beyond words and pictures, and her decision to just let it play out in all its small-moments glory before our eyes with nary a whit of either editorializing or sensationalizing is a mark of supreme confidence in her craft. As surely as the two of them have each other’s backs at all times, Romanova’s found precisely the right way to communicate the unique and special nature of their relationship. Touring may be a grind, but when you’re with the right person or people, it can still be a heck of a lot of fun, and may even offer enough sublime little slices of real life to not only get you through but to get you to sign on for more. The ending of On Tour suggests that Romanova decided to do precisely that — and if she ever decides to make more comics based on her subsequent road adventures, misadventures, and all the time-killing events in between, I’ll be first in line to read it. This may not be a book that taxes your brain or that fundamentally challenges you in any way, but it’s no less rewarding than many works that do. Having first found her footing, then hit her stride, all indications now point toward Moa Romanova being on a roll.

Autumn As Kindness: Kori Handwerker reviews A FROG IN THE FALL by Linnea Sterte

Today on SOLRAD, Kori Handwerker returns with a review of the beautiful A FROG IN THE FALL by Linnea Sterte, published by PEOW Studios. 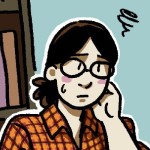 Today, SOLRAD's Editor, Daniel Elkin, talks to Patrick Crotty of Peow Studio about Publishing During A Pandemic, diversity in comics, and what the future of small press comics publishing may look like. 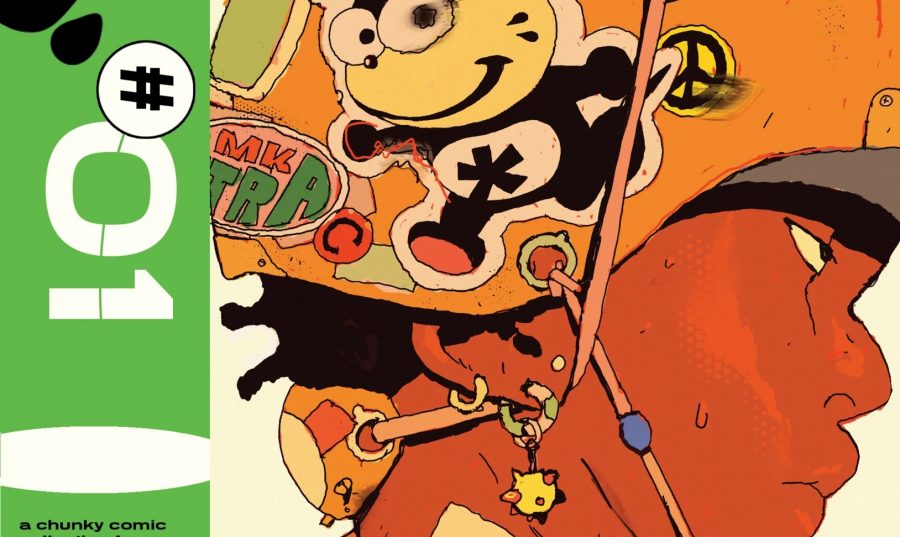 Today on SOLRAD, Tom Shapira reviews EX.MAG #1 from Peow Studio and examines if it truly works as a themed anthology.