If you haven’t noticed — and for your sake, I hope you haven’t — paranormal-themed “reality” TV shows are a staple of basic cable television these days, more ubiquitous than even Kardashians or Real Housewives. Networks that exist purportedly for educational (or at least quasi-educational) purposes, such as History Channel, The Learning Channel, and Travel Channel are packed to the gills with ‘em, and their basic premise is pretty much always the same: young-ish, largely self-trained “investigators” go to spend the night at some haunted “hot spot” or other with a gaggle of phony scientific equipment and maybe even a psychic in tow, pick up a few clicks on various meters or see a few flickers of light or hear a few bumps, and wrap things up by telling audiences they’re utterly convinced all this is proof that the rumors they’d heard about the place are true. But what if they really were?

That’s the premise at the heart of Christopher Sebela and Ben Sears’ new graphic novel Dead Dudes (Oni Press, 2020) and while both its title and unusually-wordy back cover blurb give away the fact that our trio of protagonists — Trev, Kent, and Brian, hosts of the “Ghost Bros” TV program — do themselves die, this really isn’t a problem because they’re each so goddamn annoying you can’t wait for them to get killed, and because the real surprises here don’t kick in until after they’re dead, anyway. Which sounds like a slight, I’m sure, but isn’t meant as one since, in true “death is but a doorway” fashion, an adventure (of sorts, at any rate) into the Great Beyond is what Sebela and Sears — along with colorists Ryan Hill and Warren Wucinich and letterer Crank! — are mainly interested in delineating here. Even if it isn’t so great. Or even so far beyond.

That’s because out titular dead dudes — who, I should state clearly and for the record are precisely the type of cliched 20-something “dudebros” whose every word and action feel like it was pre-programmed to get under the skin of anyone past that phase in their own lives, myself included — are killed while ghost-hunting for their TV show at an infamous prison/asylum known as Edgewood Penitentiary, and when they come as spirits (spoiler there, sorry) they discover that not only are they now themselves unliving proof that ghosts are real, they’re also far from alone. It’s a fun set-up, needlessly complicated by Sebela’s decision to clutter up the plot with “actually, the whole world is at stake here if evil spirits get out courtesy of the bodies of our heroes” stuff, but given his background is apparently in the “indie” genre comics mainstream, this kind of stakes-raising is probably just in his storytelling DNA, and besides — he more than makes up for it with sharp (if purposefully annoying) dialogue, some clever as hell plot twists, and a really fun third act that sees our bros needing to crash the show of their hated rivals (who have come to Edgewood a year later in order to, in true Hollywood fashion, “pay tribute to” three people they couldn’t stand on the anniversary of their demise). This is an uncharacteristically “wordy” book by contemporary standards, but when the writing’s good that’s not a problem. Most of this writing is actually really good, and I find myself halfway tempted to track down some of Sebela’s previous works on the merits of this alone.

Which brings us to Sears, who — no offense to Mr. Sebela — is the reason I was interested in this book. I absolutely fell in love with his “Double+” series from Koyama Press (I’m guessing most people who read any or all of those books did) and was anxiously awaiting his next project, but I have to admit I was surprised to find it a collaborative effort. Not that I’m complaining, but there are some adjustments one needs to be willing to make here in terms of overall tone and style vis a vis what we’ve come to expect from a Sears comic — but what’s life if you’re not willing to expand your horizons? Certainly his cartooning is as strong as ever here, his unique perspective and “camera angle” choices really coming into play in the later going, his inimitable figure drawing carrying many a  panel where all that’s going in people sitting or standing around talking, his character designs imaginative — he appears to have put just as much heart and effort into this as he would one of his solo projects (of which we have a new one coming from Fantagraphics in early 2021). The coloring and lettering work is clearly not his own here, but both are near enough approximations that I’m thinking he must have at least provided his collaborators with either notes or a “style guide” or sorts. At its heart, this book is a comedy — hell, it even falls into the dreaded “hispter comedy” subgenre — and while supernatural evil is in no short supply, Sears’ inimitable style helps keep the tone both fun and light without compromising the scale, scope, and sense of consequence when the shit’s hitting the fan. Is it a “Ben Sears comic” in the strictest sense of the word? Well, no — but it wouldn’t be the comic it is without Ben Sears.

I do think that some familiarity with the tropes Sebela and Sears are sending up here is advantageous if you want to get full enjoyment from this book, though, although you can certainly get by without it. I’ve caught enough of these types of shows in passing at home (my wife’s hooked on them, so I’ve absorbed a certain amount of knowledge simply via osmosis or something) to generally know the lay of the land, so chances are I probably got more out of this than somebody coming at it cold likely would, but at the same time the learning curve here isn’t a steep one — you’d miss out on some in-jokes, and maybe find the whole premise more outlandish than it really is, but beyond that? It’s pretty friendly for paranormal newbies, and you shouldn’t let unfamiliarity with its subject matter dissuade you from reading it.

At the end of the day, fun is what Dead Dudes is all about — so go on, read it and have some. 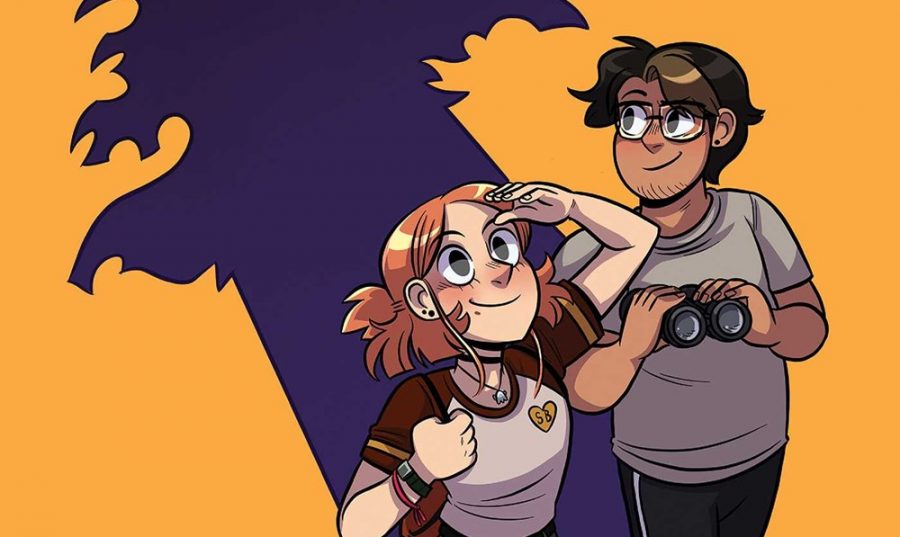 Turn the campiness up to 11 as SOLRAD's publisher Alex Hoffman takes a look at MARTIAN GHOST CENTAUR by Mat Heagerty and Steph Mided. 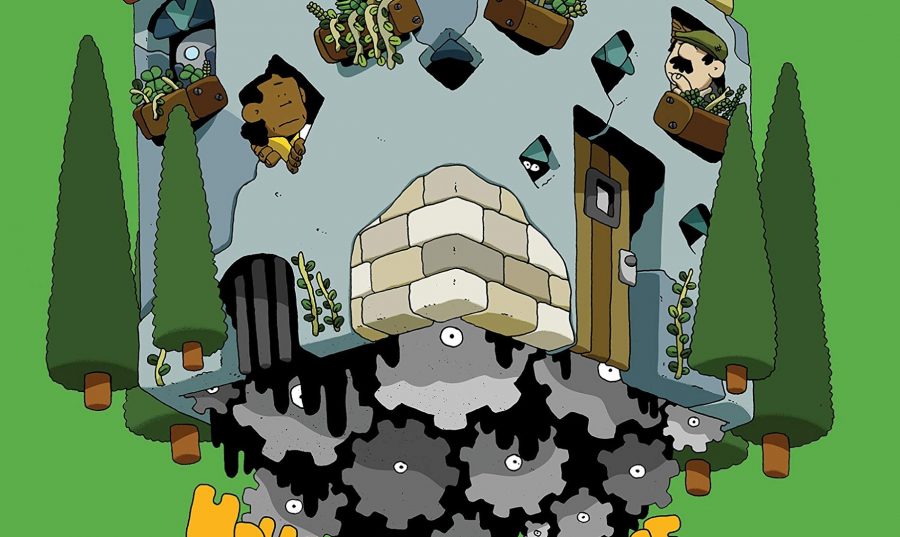 For our kid-lit week, SOLRAD's lead critic Ryan Carey takes a look at the Ben Sears' latest Double+ Adventure comic, House Of The Black Spot, published in 2019 by Koyama Press. 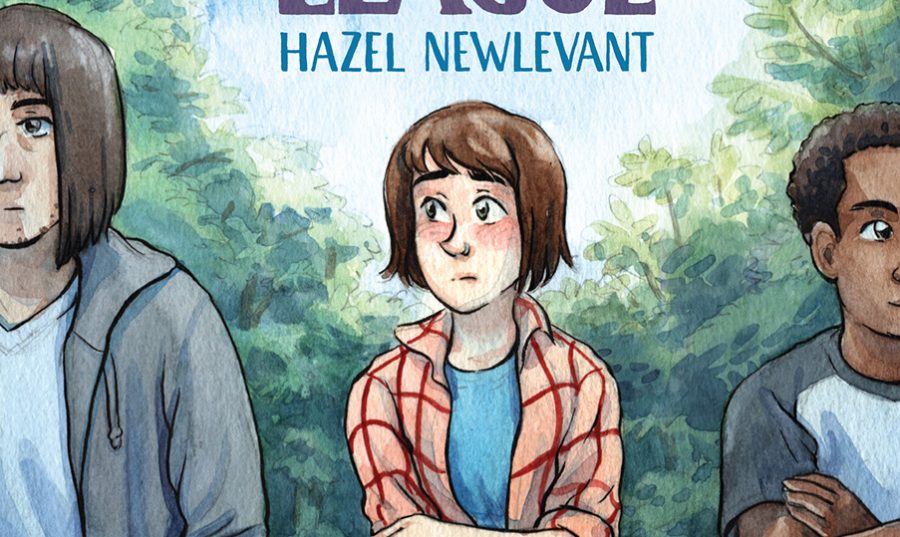 Rob Clough kicks off our last theme week of January, Memoir week, with a thoughts on Hazel Newlevant's No Ivy League.