When Erin Bried and her daughter were unable to find a magazine interesting enough to read together, Bried decided to use her experience in writing and editing magazines to publish her own. Thanks to a successful Kickstarter, Bried started Kazoo Magazine for young girls, which aims to help them stay confident and highlight the work of women in a variety of fields. Kazoo accomplishes this with a mix of short stories, comics, activities, and other content about diverse topics like art and science.

After winning the National Magazine Award for General Excellence last year, Kazoo launched its first spin-off publication, Noisemakers: 25 Women Who Raised Their Voices & Changed the World. I was able to speak with Bried over email about editing a comics anthology, interviewing a ship designer, and inspiring young girls to envision all the possibilities available to them.

Alyssa Wejebe: Hi, congratulations on launching Noisemakers! Thank you for taking the time for these questions.

AW: Could you please tell us a little more about yourself?

EB: I’m the editor of Kazoo magazine and author of three books (including How to Sew a Button), and I live in Brooklyn with my wife and our two daughters.

AW: How did you get into your current line of work?

EB: Before launching Kazoo, I spent my career at Condé Nast, where I was an editor and writer at SELF, and before that Glamour. I wrote more than 100 cover stories over the years, and I’ve interviewed Beyonce, Taylor Swift, Cameron Diaz, Jennifer Lopez, almost every woman celebrity you can think of. It was such a fun job, but I love what I’m doing now even more. Nothing is as fulfilling as making Kazoo.

AW: Did you immediately know that Kickstarter was the best option for Kazoo, or had you thought of other funding options for it?

EB: I wanted to make sure other people felt the same need that I did to make a magazine for girls that actually celebrated them for being smart, strong, fierce and true to themselves. What a radical idea! By the time our 30-day campaign ended, we had more than 3,000 backers and raised more than $171,000. We are, and have always been, 100 percent subscriber-funded, which means every decision we make serves only one group of people: our readers, girls, 5 to 12. We answer to no one else: no advertisers, no investors, no publishing conglomerates. It’s been so freeing.

AW: How did the “True Tales” comics start in Kazoo? Why did you choose comics to tell stories about women in history, instead of using short stories like in other areas of the magazine?

EB: Comics make learning fun, especially for kids. They allow us to tell stories about women through history and make them feel not only modern and relevant, but beautiful and exciting. They have the power to hook into a kid’s imagination in a way that just words can’t.

AW: Could you talk about the origin for Noisemakers? The anthology includes some “True Tales” comics that originally appeared in Kazoo. Did it all start as a spin-off from the magazine?

AW: How does creating a comic anthology compare to creating a magazine? What are the differences and similarities?

EB: We run an original short story in every issue of Kazoo, and we always tap a major (woman) author to write them. We’ve worked with #1NYT bestseller Kimberly Brubaker Bradley, Newbery Medal Winner Erin Entrada Kelly, NBA finalist Angela Flournoy, 5x Pulitzer nominee Joyce Carol Oates. But aside from those stories, I write every other page. For Noisemakers, I had the privilege of being more of an editor than a writer, and the contributors made it so easy. They are the most talented group of comic artists working today.

AW: What did you do as editor of Noisemakers? Was it a lot of project management, or did you get the chance to also edit content?

EB: Kazoo’s voice is so specific. It’s smart, but accessible; positive, not saccharine. So, I took great care in making sure the scripts for each comic met our standards. I find that the takeaway from so many books for girls is that it’s hard to be a girl. That’s not the message I wanted to send with Noisemakers. I wanted our readers to come away from each comic, feeling excited and eager to have her own adventures and change the world. I wanted her to see a world full of possibility.

AW: You have stories in Noisemakers too, collaborating with Sophie Goldstein on “Mother Jones, The Rabble-Rouser” and working with Sarah W. Searle on “Hedy Lamarr: Star Inventor.” According to a previous interview, you also wrote for Yao Xiao’s “Raye Montague, The Ship Designer.” What drew you to Mother Jones, Hedy Lamarr, and Raye Montague as subjects?

EB: We originally featured engineer Raye Montague in our Steampunk issue, which was all about robots and gears and mechanical toys. I had the honor of interviewing her for it before she died, so that comic is actually told entirely through her own words. She was a “Hidden Figure” of the Navy, and I feel like that comic is a really important record of our history. I love Hedy Lamar’s story, because I think it’s important for kids (and really all of us) to know that you don’t ever have to choose one thing to be. You can have different passions and different talents and use them all. And Mother Jones? I felt her story was so timely, given our political climate today.

AW: What was it like collaborating with Goldstein, Searle, and Xiao on the comics?

EB: They’re all so talented and just a pleasure to work with!

AW: You’ve written books and articles for magazines. How does writing for comics compare to other forms of writing?

EB: A good story is a good story, no matter the medium.

AW: Could you talk about the selection process of new contributors for Noisemakers? Did you reach out to them, or did they approach you?

EB: I made a dream list of contributors I wanted to work with and reached out to them, one by one.

AW: Other interviews suggest you tried to pair creators with subjects that would fit them, like Emil Ferris with Mary Shelley. Did you ever have to convince people that this was a good match for them, or did assigning stories go pretty smoothly?

EB: Some of the pairings just made sense, but what was so cool is that even if the artist hadn’t heard of the subject of her comic before getting started, they always found a connection by the time they were finished.

AW: How did you approach telling these stories for an all-ages audience?

EB: Even though the book is aimed toward kids, we never talk down to them or condescend to them. Because of that and because so many of the women we featured are not well known, it appeals to a much wider audience. I’m so happy about that.

AW: What was the research process like? Did you consult other experts in history, science, and other fields for accuracy in Noisemakers?

EB: We did extensive research on every subject, always based on the best sources possible, including academic papers, historians and museum archives.

AW: There have been several illustrated anthologies about women in history published, like Rachel Ignotofsky’s Women in Art: 50 Fearless Creatives Who Inspired the World and Ann Shen’s Bad Girls Throughout History: 100 Remarkable Women Who Changed the World. What do you think of this trend? How would you describe Noisemakers‘ place within this pattern?

EB: I think it’s a good trend, and I hope more kids learn about women’s contributions throughout history, because their erasure has not benefited us as a society. One thing that helps Noisemakers stand out in the category (aside from the fact that the stories are told through comics): I never wanted it to be a book parents think kids should read or would be “good for them” to read. I didn’t want to repackage Wikipedia entries or serve kids dense book-report-style biographies. No matter how beautiful the art, that is not fun to read. I wanted Noisemakers to be so compelling and fun to read that every kid would want to read it. I wanted it to be a book that kids would not be able to put down at bedtime, because it’s so full of adventure and thrills.

AW: How did Knopf Books for Young Readers get involved with Noisemakers?

EB: An editor at Knopf approached us after our Kickstarter, and I’m so grateful for her vision and faith in us.

AW: According to a previous interview, you have a two-book deal with Knopf. Can you share anything about the second book?

AW: Do you have any advice for people who want to work in publishing and comics?

EB: All of our voices are valuable, and you don’t need to wait for anyone else’s permission to use yours.

AW: Noisemakers asks readers to find what they have in common with the women depicted in the comics. Who are you most like?

EB: One of the most magical things about the book—and the checklists—is that it is impossible not to see at least a little bit of yourself in each of these women. It’s a great reminder that we all have the power to effect change, and those who already have, are really no different from us. They just had the courage to raise their voices and stay true to themselves, and I hope that knowing them will give kids the courage to do the same.

AW: Thanks again for answering these questions. Good luck with Kazoo, Noisemakers, your next book with Knopf, and any other future projects you have! 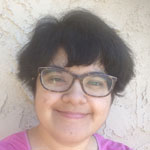 Alyssa Wejebe is a writer and editor covering the wide world of arts and entertainment. Her work has appeared in places like Unwinnable, TechRaptor, ArtStation Magazine, Goomba Stomp, and WeAnimate Magazine. Some of her favorites in comics and manga include Nimona, The Prince and the Dressmaker, Fullmetal Alchemist, and Rurouni Kenshin. Feel free to get in touch with her on Twitter at @AlyssaWejebe. 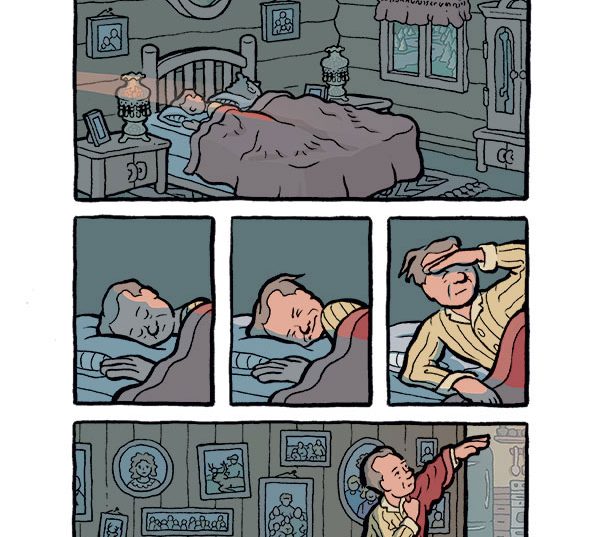 Daniel Elkin and Ryan Claytor sit down for a quick interview about Ryan's upcoming comic, A HUNTER'S TALE, a collaboration/adaptation between himself and his grandfather.