At first glance, one might be tempted to glibly and reflexively classify Ms. Harkness’ new graphic memoir, Desperate Pleasures (Uncivilized, 2020), into the “sequel” category — after all, not only does it follow on directly from her earlier Tinderella, she specifically adopts the “character” of Tinderella “herself” as an authorial stand-in of sorts in a handful of asides in this latest work. But that categorization rings false for a couple of reasons: strictly speaking, it’s theoretically impossible to craft a sequel to one’s own life (and Harnkess’ comics are almost always culled from her own life experiences), and the tone here is so different, the level of self-analysis so acute, that it reads not so much as a follow-up to Tinderella as it does a response to it.

Not that Harkness has thrown in in the towel on the popular dating app that was central to, and hiding in plain sight within the title of, her previous book — at least not at first — but she’s far more reflective about both her reliance on it and the reasons for said reliance in the pages of Desperate Pleasures, and again, the title itself rather gives the game away: if Tinderella was about crazy adventures in app-based dating, this new book is about the desperation, loneliness, and pain that causes a person to randomly cast about for companionship in the online world in the first place. For Harkness, the fun and games are over — it’s time to grow up.

Which, of course, is never an easy process, and one a good many of us are still struggling with, regardless of age. In Harkness’ case, the mixture of business with pleasure in her life complicates matters even further given that she’s a low-level pot dealer and consequently never quite knows whether a guy is interested in her for sex, for drugs, or for herself — but hey, the gig economy takes people to some strange places (even if they never leave their apartment), and if there’s one thing that Harkness admits about herself throughout here, it’s that boundaries are something she struggles with. She’s a fitness junkie, for instance, but the gym isn’t just a place for her to get her exercise, it’s also where she works part-time, a social meeting spot and, of course, a pick-up joint — and this line-blurring essentially carries over into all aspects of her life. It’s enough to make a person glad they’re too damn old for this sort of thing, I don’t mind telling you.

Annihilating the division between business and pleasure (desperate or otherwise) even further, this book also sees Harkness engaging from time to time in the “sugar dating” scene, which essentially amounts to younger women meeting wealthy older men online minus the pretense of why each might be interested in the other — the guy is in it for the sex, the girl is in it for the cash, and hey, dinner and drinks are a nice plus. Again, the gig economy can take a person to some strange places, and these days everything is a commodity.

Obviously, it takes a fair amount of guts to reveal these aspects of a person’s life to the general public, but Harkness has never been anything but upfront — and in keeping with this book’s more somber and analytical approach, she even questions her need to be so blunt and honest in her own work. In a particularly memorable (to say nothing of harrowing) scene, her “Tinderella” persona is shown giving a stand-up comedy performance to a majority-female audience, only to have the laughter turn to uncomfortable silence and then a polite exodus from the hall when she shifts gears from banal relationship humor to her childhood sexual abuse and its subsequent psychological trauma — and tuama is, at the end of the day, the major issue Harkness is grappling with here.

Harkness goes so far as to explore the origins of her trauma in an extended wordless sequence recounting her upbringing in rural Oklahoma — one which sees her adopt a different cartooning style replete with highly evocative graphite shading and texturing effects — but its lingering effects are still the primary focus here, as well as the ways in which Harkness herself compounds them with self-inflicted traumas of her own. Playing two men who are interested in her against each other ends up alienating them both and leaving her more alone than ever, for instance, but when she finally has a real moment of connection with one of them (not inconsequentially the one she likes better) during a night of drug-fueled craziness, her certainty that it’s probably all fleeting goes some way toward ensuring that very outcome. This kind of self-reflection was present at the margins of Tinderella, but here it takes center stage.

It’s not all a “doom and gloom” show, though, never fear: Harkness’ relationship with her brother is entirely healthy and one of the things that grounds her in life. At the heart of her various obsessions (exercise, sex, dope) is a genuine enjoyment of each of them, and, by the time the book is done, she seems well and truly ready to break out of her self-destructive cycle and focus on a unifying goal in her life. And by this point, her cartooning is so confident and, frankly, fearless that she’s capable of conveying just about any mood or state of mind she wishes. This is a “heavy” read on the whole, sure, particularly when contrasted with earlier works in Harkness’ oeuvre, but it’s never less than an absolute joy to look at.

If I have one criticism — and it’s a slight one — it would be that her writing is still something of a work in progress. Her dialogue is uniformly great, but when she tries for a more lyrical tone with her narrative captions, the results can sometimes be uneven, and the tarot card and cargo ship visual metaphors she injects into the proceedings from time to time can also come off as a little bit forced. Still, no comic is absolutely perfect — but Desperate Pleasures comes so close to the mark that it’s certain to be one you’ll read over and over again, and find yourself impressed with each time. M.S. Harkness is quickly establishing herself as perhaps the premier comics memoirist of our time. 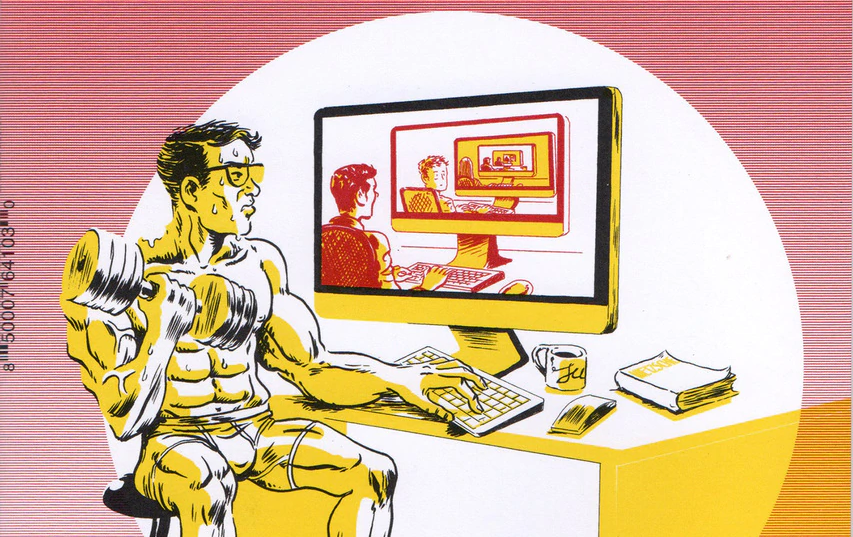 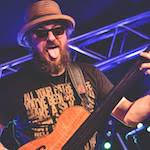 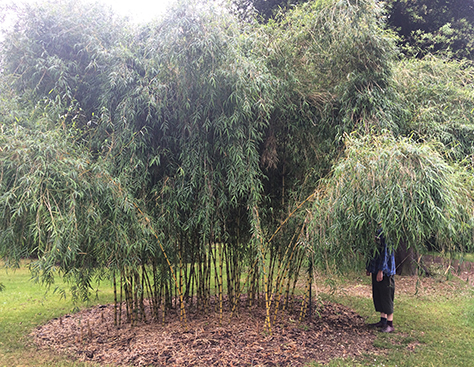 Knowing Is Half The Battle: Simon Moreton Gives Advice on the Publishing Industry

We are continuing our feature at SOLRAD titled "Knowing Is Half The Battle," where published cartoonists give advice on the publishing industry. Today we talk with SIMON MORETON.