Ah, the dichotomy of being a teenage girl in 2021: everything matters, everything is internalized, everything you feel (good or bad) hits like a freight train — but you can’t act like it. The “coolness code” requires you to pay attention to everything down to the smallest detail, while simultaneously looking like you’re doing anything but. I do not, however, speak from personal experience here, as I’m sure is patently obvious.

What the fuck do I know, then? Well, only what I’ve learned about teenage girls from Abby Jame’s comics (by way of full disclosure, I’ve sung their praises enough to have one of my reviews “pull-quoted” on the back cover of the book presently under our metaphorical microscope), and “What the fuck do you know?” would also likely be the first thing any of her characters would ask me the minute I opened my mouth. Existing somewhere along the razor-thin line between actual “bad girls” and those desperate to make everyone else think they are, Jame’s teens are fundamentally unimpressed by more or less everything, but dying to fit in with people they could never bring themselves to admit they want validation from. The kids of her appropriately-named Apocalypse High are a mass of delicious contradictions, it’s true, but, curiously enough, none of them are downright annoying, even though by all rights they absolutely should be. Don’t ask me how that works, not that you would — after all, we’ve already established that I don’t know anything.

By contrast, the young ladies who feature in the shorts strips, one-offs, and assorted drawings that make up Jame’s new hardcover collection published by Silver Sprocket, Heart Shaped Tears, know everything. Why?  Just ask them. But it’s not hard to reflect, not to amplify, the disaffected poses of disaffected youth — what’s considerably more difficult to do is to establish a baseline “reality” whereby this attitude not only makes sense but constitutes arguably the only sane response to a world that’s frankly not worth giving much of a damn about anymore. As Isa Mazzei points out in her introduction to the book, there’s nothing expressly political about Jame’s work as it appears on the page, but the premise from which all of it stems is inextricably linked with the grotesque excesses of capitalism’s dying paroxysms: this is a world where sexual desire has been fully commodified, friends have been reduced to useful accessories, social media platforms are the new battlefields, intimacy is a pain in the ass, and instant gratification is the only thing that matters, even though you know going in that it can’t, by definition, last. Sound familiar?

The deliciously cruel and clever thing about it all, though, is that none of this precludes this stuff from being both eminently relatable and side-splittingly funny, which all of it surely is. Jame is a superb artist with a clean and confident line, a masterful sense of color and space utilization, an eye for the subtly expressive, and a sharp penchant for precise comic timing. All of these things are absolute requirements when you’re delineating the exploits of youth who are perfectly content to fiddle while Rome burns. Effort may be for suckers, but there’s clearly and obviously a lot of it that’s been put forth in making the “art, comics, and dark secrets” this volume’s cover refers to. It’s not “feel-good” material by any stretch of the imagination, but that doesn’t mean it can’t be — and isn’t — a heck of a lot of fun.

Whether or not it should be is perhaps something of an open question, admittedly, but there are redeeming values cleverly hidden (and mostly in plain sight, at that) in here, as well. I mean, subverting the male gaze is great and all, but Jame dispenses with it as a matter of course right out of the gate, her characters being not only keenly aware of it but fully weaponizing it to their advantage. Whether human, alien, elf, or slime creature, her girls are the sort who are eagerly waiting to turn 18, set up an OnlyFans page, and bilk lecherous old creeps out of everything they’ve got from the comfort of their own bedroom via PayPal or Venmo. That may not be anyone’s ideal conclusion to the battle of the sexes, but who are we kidding? If it’s all been reduced to a game anyway, you may as well play to win. Especially if winning is so damn easy to do. Mercenary sexuality as the new norm is already here, and within that context, it can be fairly argued that while these girls are simply playing the hand they’re dealt, they are doing their level best to draw three aces or better. Can you blame them?

For good, ill, or some of both, then, Jame’s comics are probably the most realistic depiction of teenage girls’ lives going in the medium right now, and, as such, Heart Shaped Tears is more than deserving of attention, discussion, and, dare I say, a fair degree of admiration. The picture they paint isn’t always a pretty one, but it’s always a funny one, and given the state of this beleaguered society that’s worth something right there. Granted, she doesn’t address certain key issues that are of crucial importance — body image, self-esteem, eating disorders, etc. — and which are depressing facts of life for far too many teens, at least not in direct fashion, but in a very real, if unstated, sense, that’s all “baked into the cake” of her world, as well. Largely because it’s our world — only with considerably sharper fangs. Or, as one of Jame’s characters would say, “I guess the whole thing mostly doesn’t suck.” But, again — what do I know? 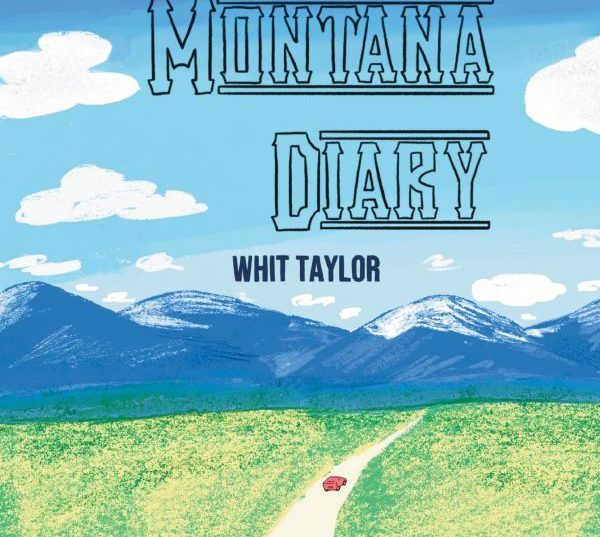 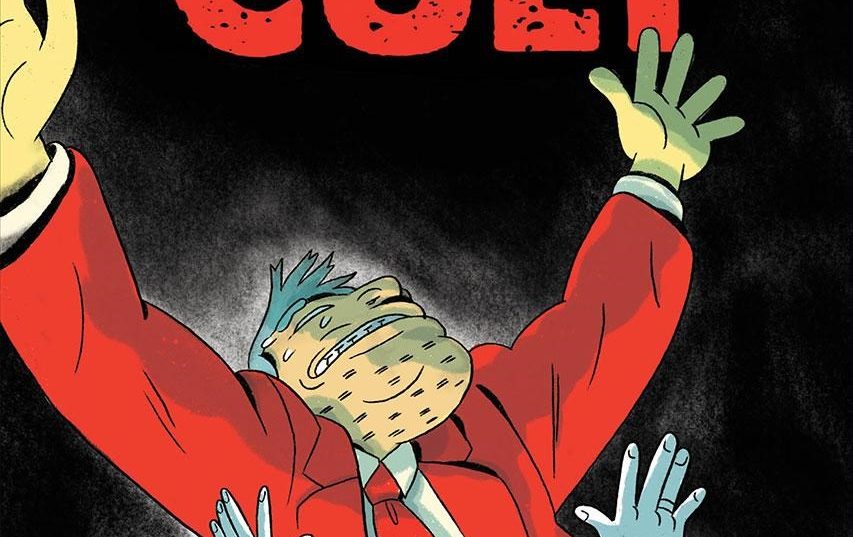 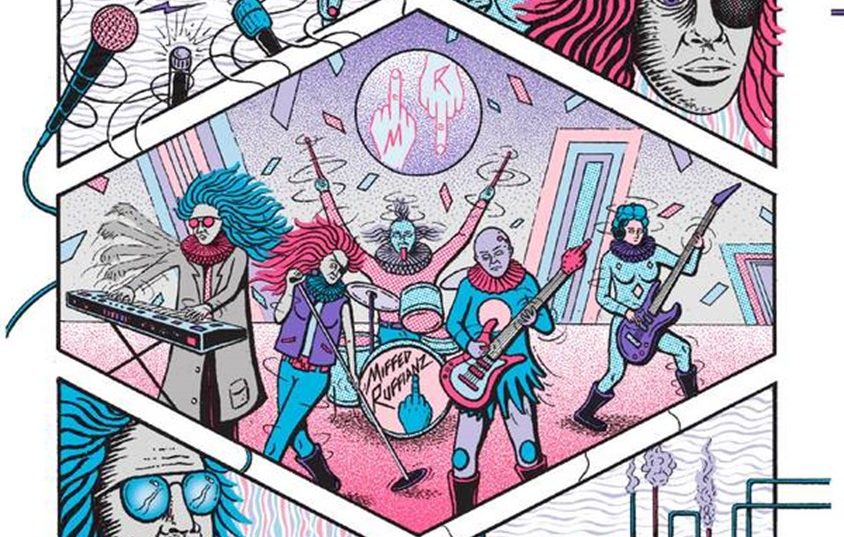