Following after Thomas Wellmann’s first successful Pimo & Rex book, Pimo & Rex: The Interdimensional Wedding takes the characters to dizzying highs and swooping lows as Rex is finally led to the wedding altar by his fiance Leopold while Pimo struggles with his new role as best man. Wellmann’s first Pimo & Rex book was celebrated for its bright color and inventive characters, and Rotopol published the second volume in July of this year. We’re bringing you an exclusive excerpt in September because, like a lot of books published this year, this one slipped our radar, and we think it might have slipped yours too.

Thomas Wellmann is a freelance cartoonist, illustrator, and animator, and has worked as a background, storyboard, and character creator for Nickelodeon and Cartoon Network. His illustrations have appeared in Die Zeit, Zeit LEO, your mirror, Geolino, and SZ Family. Pimo and Rex is his sixth book with Rotopol. 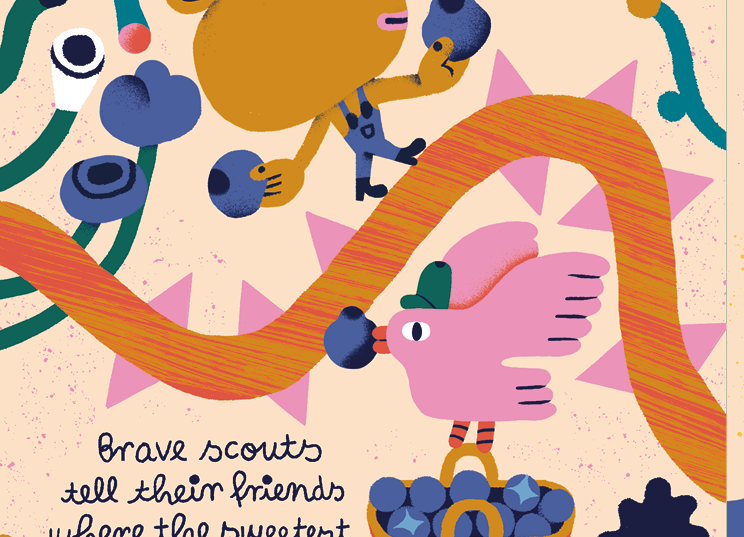 Exclusive Excerpt: To Be A Brave Scout by Julia Kluge, from Rotopol

Today, we have an exclusive excerpt of Julia Kluge's TO BE A BRAVE SCOUT, published this summer by Rotopol in Germany. Enjoy!

SOLRAD StaffJuly 19, 2021julia kluge, rotopol, to be a brave scout