Steve Lafler has been doing his own thing as a cartoonist for close to 40 years. In that time he’s gone from instinctually pounding out interesting and innovative comics at a breakneck pace to producing graphic novels with more attention to narrative craft and verisimilitude of detail. In short, he’s gotten better and better at what he is naturally good at.

His current series (so far) consists of 1956: Book One, Sweet, Sweet Little Ramona and Book Two: Movie Star. If you are new to Lafler’s work this series is a fine place to start. However, his earlier work gives some wonderful glimpses at the themes and issues tackled in the 1956 books.

This series will be most closely compared to the BugHouse books Lafler did from the mid-90s through the early 2000s. The comparison is fair in that both are set in the jazz-soaked world of the 1950s. Fundamentally, the BugHouse books (BugHouse, Baja: A BugHouse Story and Scalawag: BugHouse Volume 3) grapple with the problems of addiction in the context of the creative life. Sax player and bandleader Jimmy Watts struggles with the substance “bug juice” – which can symbolize anything from booze to heroin. Inspired by Miles Davis’s autobiography and Lafler’s own increasing dependence on alcohol at the time, the books are set in a slightly surreal 1950s Manhattan peopled by characters with human bodies and insect heads. Yes, there is a nod to William S. Burroughs, and the Cronenberg adaptation of Naked Lunch. This might sound creepy, but it is actually very engaging. One of the most delightful things about this series is that Lafler sets up many possible pitfalls for his characters, then takes a different, more interesting, and less predictable path. The moralistic lessons so often found in stories of addiction are passed over. There are consequences, there are lessons learned, but not in the way that Hollywood would do it. Where BugHouse was focused on wrestling with creativity and addiction, 1956 is primarily about love, romance, and the expression of self.

Another glimpse at themes and situations that come up in 1956 can be found in his 2008 book Tranny. Ostensibly by Fiona Mallrat, Lafler’s glamorous alter ego, Tranny contains his $99.00 drag make-over as well as stories that shine a light on the essential cross-dressing nature of superhero comics and superhero fandom. Not to mention some great photos of Fiona in a cute little black number. She certainly has the legs for it.

Those books are all brilliant, but 1956 is a step further up the creative ladder. BugHouse was set in a pastiche of 1950s Manhattan. 1956 sees Lafler making the setting a character as well. He makes extensive use of photo references for clothes, clubs, cars, and the streets as they looked back in the day, a practice he began in his Oaxaca-inspired Death Plays a Mean Harmonica. The art still has his expressive, slightly cartoony linework, but it is a little more grounded.

Jack Rolfe, the main character, is patterned loosely on his own father, Don Lafler. Like the main character, Lafler’s dad was a buyer for McCurdy’s, an upstate chain of department stores. He was also a jazz aficionado who made the scene in Manhattan nightclubs whenever he was in town. While Lafler cannot definitively say if his dad ever met trans hookers or aspiring novelists, he imagines him as a man who would not be thrown off his game if they did meet.

Like other artists of his generation – Mary Fleener (Life of the Party, Billie the Bee, Slutburger) and Gary Panter (Jimbo in Paradise, RAW, Slash) leap to mind – Lafler excels at drawing the experience of altered states of consciousness, including listening to or playing music. This series is no exception. Jack and his cohort sip the night away, grooving to the likes of Miles Davis, John Coltrane, and George Shearing. Lafler’s love of jazz, bebop in particular, is on full display here. This series has less in the way of altered-state experiences, so far, but does retain the cautionary undercurrent about addiction that began in BugHouse. Which is not to say that Lafler is anti-drug, just aware that there can be serious downsides to living with the addiction monkey. And it wouldn’t really be the 1950s without a whole lot of martinis.

Another great element of Lafler’s work in general, and these books in particular, is the well-realized female characters. Suzie, the woman competing with Jack for the promotion to head buyer, is smart and has unexpected depths both in her understanding of the world and her savvy in the workplace. She romances Jack while outperforming him and masterminding a workaround to the promotion conundrum that blows away Jack and their boss.

Ramona is much more realized in her female persona than as Ramon. Ramona came to the Big Apple from Texas, to fulfill her dreams of modeling and acting.  Trans people often have it rough; this was doubly so in the 1950s when being assigned male at birth and dressed in women’s clothing was considered probable cause for arrest on solicitation charges. The fact that she has ended up working the streets doesn’t make life any easier. Fortunately for Ramona, Jack Rolfe is sophisticated and not held in thrall by some of the day’s more narrow social norms. More importantly, Suzie is more familiar with the trans world than might be expected from an upstate gal in the rag trade.  And Nikki, Ramona’s aspiring novelist girlfriend, is tough, talented, and moves the story along in ways that may surprise.

Not that the men in the book are slouches. Jack is a go-getter, but not a stick in the mud. He’s got a day job that he loves, one that allows him access to one of his favorite hobbies – experiencing live jazz.

There are a handful of villains. Only one wears the mantle with any relish. The others, like most real-life bad guys, are more nuanced. They can go either way depending on mood, circumstance, or what’s in it for them.

While the current storyline is at a comfortable stopping spot, there are clearly more adventures awaiting Jack, Suzie, Ramona, Nikki, and the McCurdy empire. The good news/bad news at the moment is it looks like the next book in the 1956 series is going to move to the back burner for a while. Lafler is embarking on a project with the inimitable Paul Theroux. He will be adapting some of Theroux’s short stories to comic form, which will be a real treat for each artist’s fans. 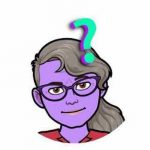 Tasha Lowe-Newsome writes speculative fiction, arts-related non-fiction, and abysmal poetry. She has worked in comics, screenwriting, documentary, and book pushing - both retail and library. Her work can be found at SOLRAD, AHOY comics, The Comics Journal, New Moon, and dozens of local papers around California. She is staff to two cats. 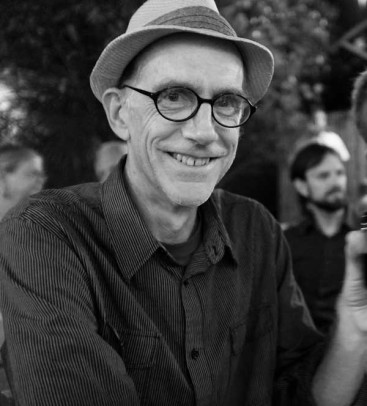 Knowing Is Half The Battle: Steve Lafler Gives Advice on the Publishing Industry

We are continuing our feature at SOLRAD titled "Knowing Is Half The Battle," where published cartoonists give advice on the publishing industry. Today we talk with STEVE LAFLER.