On the surface, Ben Towle’s book Four-Fisted Tales has a simple concept: it’s a bunch of short stories about different kinds of animals being used in combat throughout history. While not explicitly aimed at a young adult comics market, it has the look and feel of a YA comic. Towle keeps things moving, mostly just sticking to the facts, but he also seeks to entertain in an almost light-hearted manner at times. It clocks in at a brisk 110 pages, and much of that is blank interstitial material between its many short stories. Visually, it’s told in a naturalistic style that relies on fine background details and some occasionally cartoony faces. It’s mostly just light entertainment.

However, there are subtle details throughout that allow Towle to offer up a little commentary. It must be noted that the publisher is Dead Reckoning, the graphic novel arm of the Naval Institute Press, which is itself part of the U.S. Naval Institute. To quote their website, it is “an independent, non-partisan, non-profit, professional military membership association. Through Dead Reckoning, the Naval Institute seeks to broaden the community of those who understand the history, dedication, and experiences of all who serve.” So this is not precisely a direct organ of the U.S. Navy, but close. As such, it is safe to say that anything they publish will not necessarily be propaganda, but, at minimum, it will be value-neutral toward the military as an establishment.

As such, one can see Towle’s approach was similar to the titular namesake of this book: the 1950s EC series Two-Fisted Tales. Written by Harvey Kurtzman, this was a war comic that he wrote and laid out which was known for scrupulous research and detail. These comics weren’t propaganda; rather, they sought to depict war as accurately as possible without glorifying it. Kurtzman’s Two-Fisted Tales weren’t explicitly anti-war, unlike the later Blazing Combat comics written by Archie Goodwin and published by Warren in the 1960s. Goodwin wrote finely-crafted anti-war screeds, while Kurtzman seemed more interested in letting the horrors of war speak for themselves. Kurtzman may have even believed that war might even serve a good cause, but he wanted the reader to understand the price that had to be paid. Goodwin leaned more on the side of war being inherently insane and difficult to justify.

From the cover to the fast pace of each of the chapters, it’s clear that Towle drew a lot of inspiration from Kurtzman, as well as one of the major contributors to Two-Fisted Tales, Jack Davis. Davis was able to mix naturalism with an almost rubbery, cartoony line in his comics, adding a light touch to whatever he was doing. Whether it was gag work, war comics, or horror, there was always a touch of the absurd in Davis’ art. Towle’s exaggerated expressions for comedic purposes and cartoony faces use a similar strategy. Towle uses an olive wash for spot colors through Four-Fisted Tales, which makes sense since that kind of green is standard issue for the US Military. It’s a subtle visual touch that connects each story but also establishes the book’s aesthetic. No matter the type of story or its tone, that olive green reminds the reader of what was at stake.

Towle starts off Four-Fisted Tales with a quote from London’s Animals In War Memorial: “They had no choice.” The quote works on a number of levels. At the most basic level, these animals were trained for highly dangerous missions in the middle of combat and had no agency of their own. They may well have displayed great bravery or cleverness in the midst of all this, but that was more a byproduct of training and loyalty to individual soldiers. For an animal, concepts like honor, duty, and glory hold no meaning or connection to their lives. Without actually stating it directly, though, Towle suggests that the reader extend this memorial to the soldiers themselves. Many were drafted. How much of a choice did the soldiers have?

The stories in Four-Fisted Tales fall into two categories. The first is a relatively short vignette featuring examples of certain kinds of animals in the military. These include a brief history of cats on warships, well-known military mascots, and famous horses in military history. More interesting are the actual narratives that Towle crafts around military animals. The Civil War story of a dog named Jack being exchanged for a Confederate prisoner is funny but also sets the tone for just how important these animals were for the soldiers. A story about a court hearing where a lawyer is trying to establish the history of using dolphins as military operatives is amusing because of the government denying the very existence of these programs, one of which included dolphins with dart guns strapped to them that delivered fatal carbon dioxide to swimmers.

Towle does more serious stories as well, like the tale of Satan, a dog who saved a company holed up near Verdun from being shelled by delivering a message while navigating the trenches and mustard gas of World War I. Also included is a chilling story about rats trained to detect mines in Vietnam. It follows two children taking a shortcut home that could have ended in tragedy were it not for the rat.

In many respects, the animals were another form of technology to be exploited when a novel use was discovered for them. There were slugs that could detect mustard gas, seagulls that could discern submarine activity, and carrier pigeons that could deliver messages over hundreds of miles. Each was the subject of several other short narratives. Four-Fisted Tales is bookended by the innovation of soldiers using fireflies in bottles for light that wouldn’t draw immediate fire from the enemy, and those soldiers dying in a firefight anyway. The fireflies lay dead, just like the soldiers. There were all tools to an end, only these tools were alive.

Towle is very much game in depicting this aspect of military history accurately and with an eye toward compelling storytelling. However, that last story shows that he never loses sight of the real stakes: life and death. Life is short and cheap on the battlefield and bullets aren’t interested in narratives. That’s why valorizing war and soldiers is so dangerous because who lives and who dies is often entirely arbitrary. For every amusing and even inspiring story about brave dogs or a bear who was part of a Polish army company, Towle reminds the reader as best as he can that everyone is a victim here: the soldiers, the animals, and everyone around them. The constraints of the publisher don’t allow him to editorialize much, but frankly, he doesn’t need to. The stories speak for him, especially the one that provided that bookend. In Four-Fisted Tales, Towle tells stories that are cruel and absurd as well as frequently funny and even inspiring, and it’s important to acknowledge that it’s all part of the war experience. 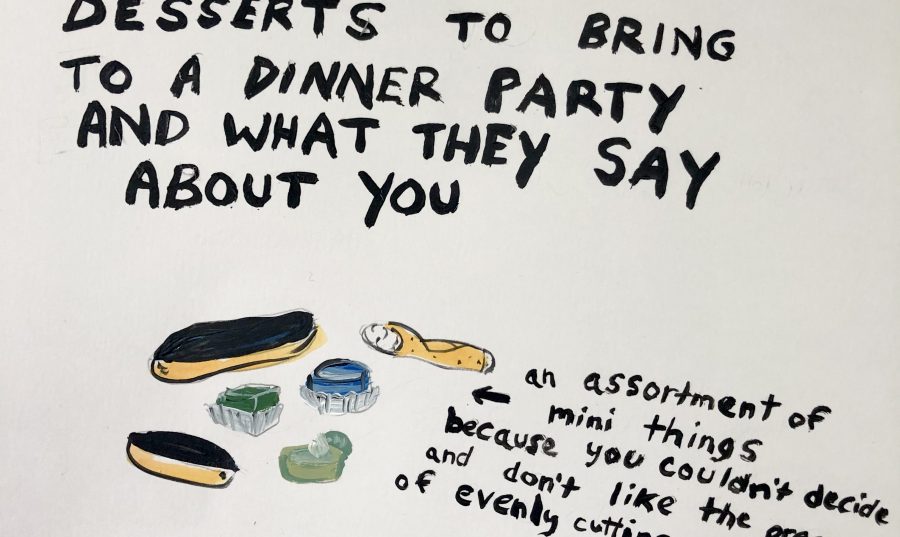 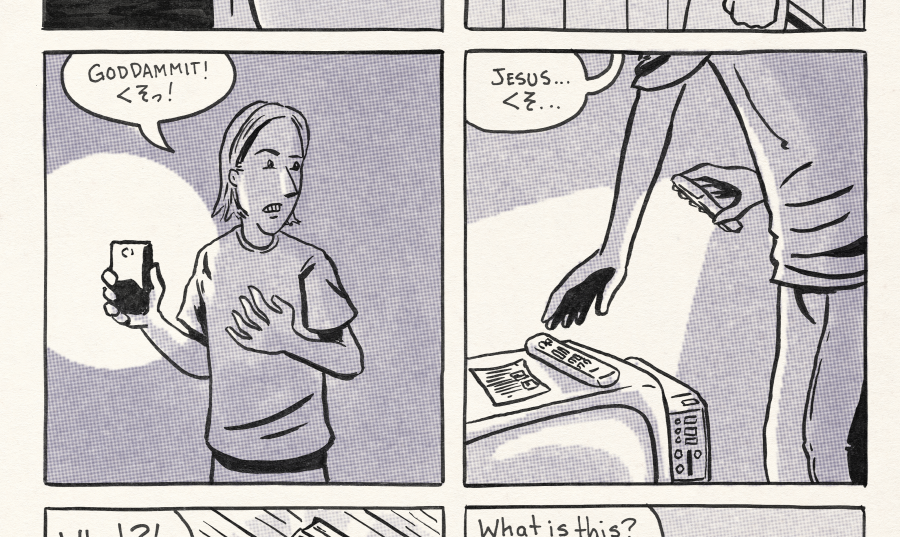 It's a struggle returning to the room in Ian M's bilingual Japanese adventure, Kitajima, on SOLRAD Presents. 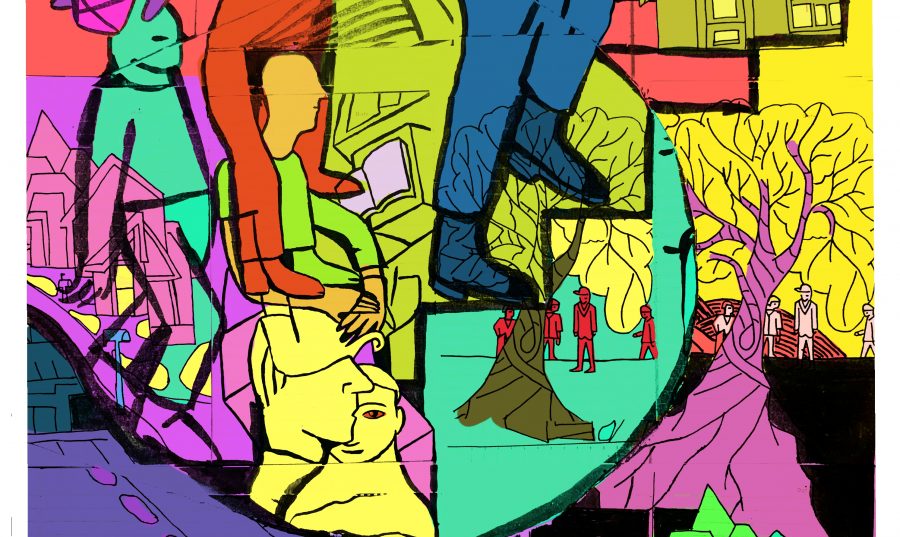