The setting is a future ice-age on a post-apocalyptic Earth. Human societies don’t remember much about their past, but they live peacefully in small communities in a still-beautiful world. Occasionally, they are visited by melting icebergs that contain remnants of past civilizations. They call these “ice gifts.”

Gifts of Wandering Ice is an epic science fiction comic with a premise that hooked me immediately. The highly detailed, greyscale art engrossed me in the world, and the characters and themes kept me coming back for more. The question of sacrifice is addressed many times from many angles. What kind of personal sacrifices should a leader make to ensure the safety of her community and can she expect those who care about her to accept her personal sacrifices? Should a child sacrifice part of herself and how far should adults go to prevent her from doing so, if she is determined? There is also an exploration of cruelty, how it will always be a part of human behavior and what that means for us. Cruelty is never excused in Gifts, but it is approached from new and interesting angles.

I reached out to the creator of Gifts of Wandering Ice, Olga Makarova, and she was kind enough to give me an interview. There will be some spoilers below, so if you’d like a chance to experience the story for yourself first, you can read it for free at http://giftscomic.com.

Kristina: Thanks again for agreeing to be interviewed! First, could you introduce yourself in a few sentences?

Olga Makarova: Well, I’m Olga Makarova, a 35-year-old 3D artist by day and webcomic artist by night. I live in Ufa (it’s a Russian city) with my husbands, son, and two cats. Well, what else… When I’m not making comics, I play the ocarina in my free time.

Kristina: Maybe a future novel can have a society where ladies get many husbands! Ufa is near Kazakhstan if I remember correctly. Readers will be curious about what kind of place it is, so could you tell us how it compares to the famous Russian cities like Moscow or St. Petersburg?

Olga Makarova: Ufa is the capital of Bashkortostan but, yes, Kazakhstan is not far. Compared to Moscow, it’s small (they have 12 million citizens, we have 1.4 million), so Muscovites call Ufa a village. Once my friend from Moscow visited Ufa and was shocked: “Everything is so GREEN!” To make a long story short, Ufa is a beautiful city with lots of trees in every park and street.

Actually, I already have a novel where one group of people was okay with their chieftess having many husbands.

Kristina: Yes awesome! I am not surprised, actually! I got the feeling you like writing about powerful women. It’s one of the things I really enjoy about Gifts. How about comics in Ufa? Do you have any comic conventions or comic artist meetings?

Olga Makarova: We have Moscow Comic Con (Kommissia) but I can’t afford to go there. I used to participate in Samara Comic Con (Samara is a city not far from Ufa) but, alas, they are no longer a thing.

Kristina: That’s too bad. But I guess that’s why webcomics are nice, you can have an international audience even without a local comic con. Would you say the audience for Gifts is mostly Russian, mostly English-speaking, or half and half?

Olga Makarova: It has always been mostly English. In Russia, the interest of the audience was so low that I decided to stop making the Russian version. Comics in general are not very popular in Russia. The studio I’m currently working at understood that many years ago and switched from comics to animation.

Kristina: Damn, I hope comics can gain popularity in Russia in the future. It would be nice to see more webcomics from Russian creators someday!

Alright, now onto the big questions! Let’s talk about Gifts of Wandering Ice! So tell me, is it your first time drawing a comic?

Olga Makarova: Yes. And it was supposed to be a 20-page comic [laughing].

Kristina: I remember reading the short story version! It got so much more complicated! How did that happen?

Olga Makarova: I decided to expand the part about Elie and Rikter’s childhood a little bit. It turned out to be a slippery slope. The more pages I drew, the more ideas appeared in my head. I just couldn’t stop.

Kristina: I can kind of feel that when I read it since every chapter seems to introduce a new twist. That leads me to the big question, which will be a spoiler for people who haven’t read it: in the world of Gifts, a pandemic struck civilization in the past and is re-introduced in the current timeline by cryogenically-frozen human bodies. The pandemic in the story is a version of H1N1, a flu, just like our current real pandemic. There’s a lot of things I want to ask about this, but first, how does it feel to have written a story about a global catastrophe, only to witness a similar catastrophe happen while you’re still writing the story?

Olga Makarova: This is scary. The original scientific predictions my story is based upon were scary enough already but seeing them come true with my own eyes is a whole another level of being scared. Theories about COVID-19 being a permafrost virus added to that feeling, too.

I can tell you put a lot of research into making the pandemic as realistic as possible, and some of the details in Gifts are so similar to how COVID-19 played out, such as the quarantine, doctors being constantly exhausted, and the rush to train new doctors who might not be ready. You must have spent a lot of time researching. Can you tell us what kind of books and papers you read? What similarities and differences do you see between your fictional pandemic and the real one? Did anything about COVID-19 take you completely by surprise (sorry this is three questions at once)?

Olga Makarova: I read a lot about the Spanish flu and why it had taken such a heavy toll on humanity. The fact that viruses adapt and evolve to become less deadly to their host and the fact that newly introduced viruses trigger cytokine storms were so breathtakingly interesting and seemed so important to know that I wanted to share them with everyone. When I get this feeling about something, it usually becomes a part of one of my stories.

The main difference between the real pandemic and the fictional one is how divided people are in the real world. There is no unity, no standing together against the deadly threat. And while some people heroically do their best to fight the disease, other people openly sabotage their efforts. This is sad.

Worldwide quarantine was what I could not expect, along with all the changes it brought. People talk of moving most jobs from offices to homes, of universal basic income, distant schooling. It looks like a window for big, global changes has suddenly opened when there had been just a bare wall before.

Kristina: Yes, I completely agree about how sad it is. And also about the possible window for change. The past society in Gifts seems like a terrible place, and maybe, in the end, they were responsible for their own downfall. It seems like climate change played a part in Gifts, too. I want to know, when you wrote those things, did you struggle to feel hope for our own real society?

Olga Makarova: I have a great hope for humanity. After all, according to various statistics, we do become better over time. Climate change is a huge problem but our history says that all the big problems we have solved helped us grow. We may emerge from this crisis as a very different (and better, I hope!) civilization.

I’m close to finishing Book 2 now. Some readers think that it will be the end of Gifts and are sad about it. I just wanted to say that there definitely will be Book 3! We will jump 6 years ahead, meet many familiar characters and a bunch of new ones, and even travel far away from the archipelago.

Kristina: Oh man, I am so excited! I know there will be so many crazy new discoveries waiting for us.

Alright, thank you so much Olga, for your time! 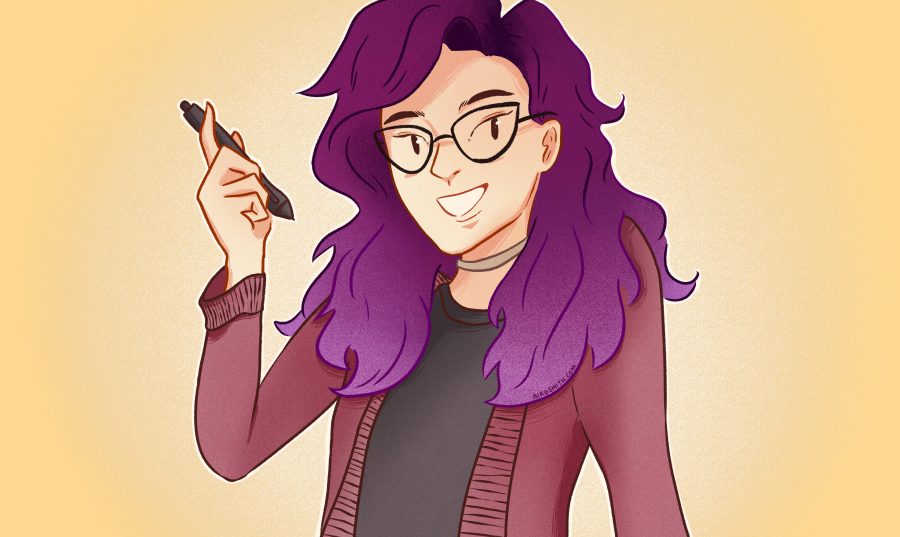 Today, Kyla Smith debuts as a SOLRAD Contributor with an interview of Crystal "Scotty" Jayme, who has multiple ongoing comics at Hiveworks. 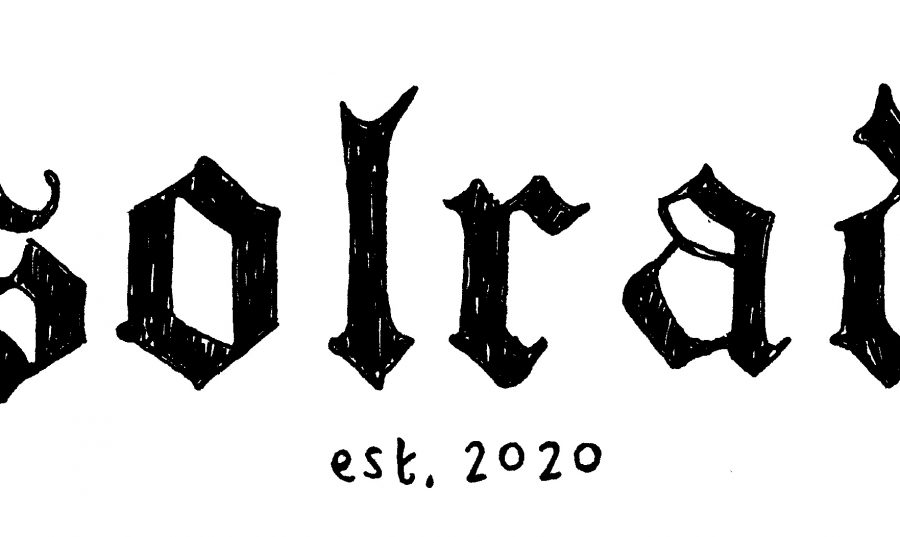