Slow Death Zero should have been easy. An “anthology of ecological horror” has its task already pre-made: the world is in a terrible state and every person with their eyes even slightly open (I would not pretend to be an expert) tends to be grasped with occasional, if not constant, existential dread. You don’t need to do a lot to make me quiver in my boots with this subject; even the most inept of storytellers and the worst of cartoonists could cause a sense of utter terror simply by citing the facts. And the people involved in this anthology, the latest from underground legends Last Gasp Comix, are anything but inept. The names here are what many would call legendary: Mike Diana, Bryan Talbot, Peter Bagge, Richard Corben…

And yet I closed the final page of this anthology not filled with that old dread, nor energized with righteous anger. I closed it befuddled and slightly bored. The scariest thing about Slow Death Zero is its gender ratio. The year is 2021 and here we have a respected (if not respectable) publisher putting an anthology with over two dozen creators, yet the number of women and non-binary creators involved can be counted on the fingers of one hand – with some fingers to spare. It rather tells you everything you need to know about the backward-looking nature of this anthology (literally, some of the contributors are long-dead at this point).

This is rather an odd choice for a collection meant to engage with such a burning issue. Slow Death, however, has been at this game since the Seventies, and whatever urgency the creators and curators have felt seemed to have aged out of them; this is rote material. Still, it’s mostly well-performed rote material, because even non-engaged Bryan Talbot is well ahead of most artists, but there’s no passion in most individual pieces. The overall anthology feels mostly like a bunch of old pros strutting their stuff for the sake of it, rather than artists taking on the greatest horror of our era.

There are bits that work, though. Diana’s piece is, as expected, nausea-inducing in just the way he intends it to be. I’m not sure if it made me feel environmental dread, but it made me feel something. I don’t ever want to look at it again; which, I believe, is high praise indeed for a work of horror. It’s spine-tingling, by which I mean – I felt my spine trying to leave my body as I was reading it.

Peter Bagg’s display of incidental cruelty in “Let’s Talk about the Weather” is probably the most successful of these stories in terms of exploring catastrophes to come, the way people can easily grow used to how shitty things are, and extrapolate new kinds of cruelty from it. We see it, already, in the way in which some countries argue over money, patents, and resources as a deadly disease kills millions of people. Watching Bagge’s yuppie protagonists club a person before planning an ambush to take another person’s inhaler seems like the proper representation of the “first world” reaction not just to the latest crisis but to the crises to come. They’ll keep looking respectable and talking about the weather and other such niceties, standing on corpses all along. Sure, the punchline is obvious, but the charm is in the way it is preformed – just the right degree of malice mixed with a proper amount of emotional distancing.

On a completely different level and style is “Garden in Ghouta” by M. Yafa and Kelly Storm, a true story of life during the Syrian Civil War. The vivid description of life during wartime clashes with the heightened sensibilities and humorously bleak tone of the rest of the anthology. On one hand, it helps the story pop out even more, highlighting its vitality compared to the bits and pieces of science fiction and make-believe; on the other – it’s just so out of place! The rest of the anthology is played like a comix take on the old Warren magazines, including a sardonic host-figure with terrible jokes presenting some of the tales, and suddenly this thing drops on the reader with the full weight of real cruelty against real people.

It’s a carefully written and drawn piece, just straightforward storytelling with little to no accoutrements, allowing the story itself to lead. Thus, it lacks the stylistic varnish that one can see in the rest book, which is probably a good thing – the style in the rest of the collection often distracts from the subject. Here you get the story directly in your face, making it all the more powerful and all the more terrifying. It’s not quite what one would have in mind when thinking about the proposed subject of the collection, but it works. It reminds us of damage done not in the abstract, in some science fiction future, but right now.

Can the same be said of, for instance, Bryan Talbot’s “Memento”? It’s a great-looking strip for sure. I always preferred Talbot’s black and white work to his colored experiments. His line is so fine and his mood and location so sternly executed that one finds the colors distracting rather than additive. Still, even in color, one cannot help but admire his tightly controlled pencil, his attention to detail, expression, anatomy etc. — every page is a masterclass in drawing. And yet… the story itself doesn’t add up to much. It’s not just that the “the twist” is rather obvious, or the post-apocalyptic landscape is rather trite in conception. it’s that the whole story is so familiar, so overdone it could’ve come out tomorrow or yesterday or twenty years ago.

Slow Death came to be during the 1970’s and it pretty much feels like it’s still there. There are more dead male artists in this book than living women! And no one probably stopped to think about the implications of these choices, or lack of choice really. The implications being that you don’t recognize how things have changed, how worse they have become, how close it feels to the very brink of existence (past the brink really). Look at the headlines of the last year, the year during which this whole package was put together; before Covid19 took over the headlines highlighted national scale fires in several continents, massive floods, rising sea levels displacing populations… and yet Slow Death still fucks around like nothing has changed.  Like any anthology there are good stories and bad stories, but, more than its worst pieces, what condemns Slow Death Zero are its editorial choices. This book, like several of its protagonists, was dead to begin with; dust on the steps of history. 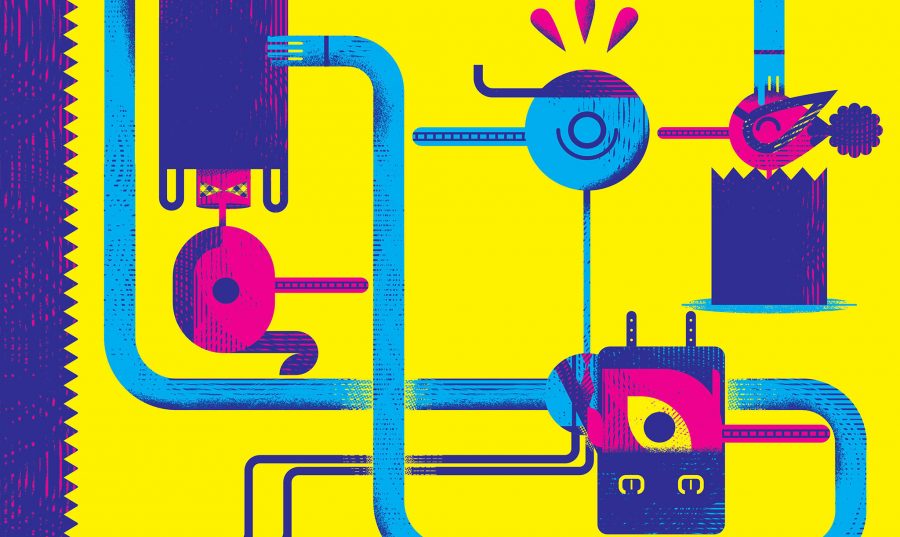