For me, one of the best periods in Lynda Barry’s long, winding career is the late-80s to early-90s, when her weekly feature “Ernie Pook’s Comeek” focused on the saga of teenager Maybonne Mullen, her younger sister Marlys, and their brother, Freddie. Products of a broken home, the three live with their grandmother in a nameless midwestern suburban town, grappling with the joys and sorrows of growing up.

Barry’s individualistic, deeply empathic mix of humor, pathos, and grit channels the inner lives of these kids with uncanny accuracy. Through them, she examines supposedly adult issues like war, bigotry, and sexual abuse, alongside more lighthearted hijinks. These comics chart the rocky passage from childhood into adolescence and from adolescence into young adulthood—innocence lost and wisdom painfully gained.

These episodes featuring the Mullens were collected in three paperback books in the nineties: Come Over, Come Over; My Perfect Life; and It’s So Magic. And this year, happily, Drawn and Quarterly has reprinted each of the collections, in chronological order, in handsome hardcover editions.

It’s So Magic features Maybonne as the main narrator, as in the previous two collections. A teen growing up during the Vietnam War era, she self-identifies as a “Hater of war, prejudice and pollution.” She guides us through her various high school dramas, including getting mixed up in the travails of her classmate, Cindy Ludemeyer, who gets viciously slut-shamed. Maybonne also develops correspondence with a young American soldier in Vietnam and these strips cleverly reflect Barry’s outrage over the American-led Gulf War of 1990-91, proving once again that the idiocy of war knows no era. When Maybonne describes herself as “Waiting for my life to come true,” she sums up teenage angst: she’s older, but not yet old enough, with true independence still a distant star.

The relationship between Maybonne, in the painful throes of adolescence, and Maryls, full of innocent exuberance, forms the core of the book. When she isn’t busy freaking out about her own problems, Maybonne worries about Maryls. Meanwhile, Maryls looks up to Maybonne with that particular awe pre-teens have for the seemingly glamorous life of teenagers (all those pubertal changes, dating, makeup, and secrets!). But she also gets disturbing glimpses of things she doesn’t understand.

An early sequence, narrated by Maybonne, sums it up perfectly. In the episode, “All Different,” she describes Marly’s sudden, major crush on a classmate, Kevin Turner. “Have you ever watched someone fall in love?” Maybonne asks, watching as Marlys dances and twirls about in lovesick bliss. “How they turn all different? (…) All things look beautiful to her, including lintballs and meatballs and old gum in the street.” Maybonne empathizes while simultaneously predicting Marlys’s inevitable disappointment: “Our Father who art in heaven it’s her first time and she doesn’t know that feeling goes away. So please Father, in all your merciful wisdom, could you please keep your mouth shut a little longer?”

One of the themes Barry frequently addresses in her childhood strips is how the world, with all of its injustice, disappointment, and prejudice, slowly grinds down the idealism of youth. There’s always the lurking sense that Marlys’ energies will not be sustainable. Maybonne’s bad luck with user boys, catty girlfriends, and high school hierarchies contrast with Marlys’s wide-eyed rambunctiousness—before the intense self-consciousness and angst of adolescence inevitably invade.

But Marlys, who proudly describes herself on Magic’s back cover as “Total Sagittarius!”, has a high degree of self-possession and exuberance, and will hopefully be a tough nut to crack. She regularly engages in hilariously grandiose yet idealistic fantasies, and some of the best and funniest strips here are presented as drawn by her, featuring her freewheeling advice on a variety of subjects. Among these are “How to Groove on Life” (tip number four: Fix your hair all gorgeous! And fix other people’s hair all gorgeous!!!); and “Maryls’ Good Manners” (one example: “Don’t grab other people’s food even if they are not looking and you want it really bad!”).

In one standout strip, the now-classic “Marlys’ Guide to Queers,” Maryls processes her confusion over an emotionally complicated situation. “Guide to Queers” functions as a comic-relief epilogue to a powerful storyline featuring the girls’ uncle John, who, as it turns out, is gay and finds himself largely ostracized in their small suburban town—especially by the girls’ religious grandmother. Neither Maybonne nor Maryls understand the hatred and anger their uncle’s orientation generates. They only know that they love him. When Uncle John ultimately leaves town with his lover, Bill, Maybonne sees that the problem doesn’t lie with John and Bill’s sexual orientation, but rather with those who simply condemn them: “Dearest Jesus this prayer isn’t for Uncle John and Bill for I think they will be alright. It’s for Grandma who can’t see that yet.” Maryls, on the other hand, is less charitable to the bigotry surrounding her and refers hopefully to “the miracle day of when people quit being so stupid.” It’s a wonderfully funny, heart-tugger of an episode, that for me recalls the truth of the old song lyric “You’ve got to be taught to hate and fear.”

Barry has a savant-like ability to capture the vernacular of children—and she’s great with teens too. The Marlys strips are especially notable for their authentically loose, scrawly drawings. There are a number of Freddie-drawn strips in the book’s second half which are just as successful. These comics genuinely look like the spontaneous work of an eight-year-old, which is not easy to pull off. That Barry can capture that childlike visual essence is powerful, and one of the reasons her work still resonates so strongly. It rings of truth.

The rest of the book features Barry’s trademark sui generis visuals: her extravagant, in-the-moment, more-is-more brushy drawings, and many panels stuffed with doodles and emanata surrounding her awkward, gawky characters. The endpapers and front matter are almost dizzying in their Rococo detail.

It should also be noted that Barry is a very text-heavy cartoonist; there’s one strip here called “Dear Mike” which is entirely text. There are some who would deem this a flaw—Show, Don’t Tell, they admonish. But text is, in itself, a visual component in comics. The childish text that Marlys and Freddie produce in their comics imparts their youth and energy, adding considerably to the overall effect. With her reliance on oral narrative, Barry has been an iconoclast throughout her career, proving again and again that any sort of rules in comics can be discarded at the artist’s whim.

Over the last decade, Barry has relaunched her career as a highly successful instructor, teaching comics-making workshops all over the country. She has also shared her idiosyncratic, personal approach to creativity in several books, the most recent being 2019’s Making Comics. Though these titles do feature some memoir/ autobiography, I have sorely missed her straight-up narrative books. It has been a long time since Cruddy and One! Hundred! Demons!  So these reissues of It’s So Magic and its two companions have been a real gift. Though steeped in the culture of the 1960s and 70s, the saga of Maybonne and Maryls speak to timeless truths of the human experience. 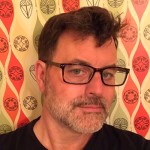